C-Job Naval Architects (C-Job) has collaborated with LH2 Europe to design a brand-new class of liquid hydrogen tanker. Hydrogen Industry Leaders look at the tanker and analyses the effect it will have on renewable energy of the future.

The initial design of the 141-metre liquid hydrogen tanker was developed by C-Job and boasts a storage capacity of 37,500 cubic metres.

LH2 Europe will set up a green hydrogen supply chain from Scotland to Germany, with a view to expanding to other parts of Europe as the demand increases in the future. Current vessels in operation are not able to deliver at the scale of LH2 Europe envisions so working in collaboration with C-Job creates a solution.

Hydrogen Industry Leaders spoke to Peter Wells, Chairman and CEO at LH2 Europe, and Job Volwater, Founder, Owner and Board Member at C-Job Naval Architects about the brand-new class of liquid hydrogen tanker.

It Is The First Large Scale Project From Scotland To Germany

Renewable electricity from offshore wind power in Scotland will produce green hydrogen by electrolysis. Following this, the hydrogen will be liquefied and stored at an export terminal at a port on the east coast of Scotland.

It will be transported by a hydrogen-fuelled tanker to an import terminal or terminal in Germany and the Netherlands.

Peter Wells explained how the project is important: “The market of interest is displacing diesel in heavy trucks, large cars, and heavy equipment. The delivered price of hydrogen will be competitive with diesel.

It will be the first large-scale hydrogen supply project from Scotland to Germany with initial production of 35,000 tonnes per year in 2027, rising to 100,000 tonnes per year as the project expands into the early 2030s. It is not a pilot or demonstrator project.

Peter continued to explain that the supply chain by LH2 Europe ends at the import terminal exit and is green up until this point. Onward transport by the off taker/buyer may be green, such as the use of hydrogen-fuelled heavy trucks, but they will not have a say in the delivery to the final customer phase.

Setting the framework that the supply chain needs to fill, the project will help to push the transport sector to decarbonise faster.

Moving To Hydrogen Is Essential To Meet Our Net Zero Targets

According to the Department for Business, Energy & Industrial Strategy’s 2019 UK Greenhouse Gas Emissions statistics, transport amounted to 27 per cent of the UK’s GHG emissions in 2019.

Job Volwater explained how transport moving to hydrogen is the next step for reaching our net-zero goals: “Providing green and pure Hydrogen is the best and most sustainable way of energy supply for trucks and cars in the near future. LH2 Europe has designed this ‘chain of supply’.

The Biggest Challenge Is To Be Green

Peter outlined that there are three principal challenges to the shift to hydrogen.

Developing production and market demand in parallel and fast enough at scale to make a meaningful impact on reducing the hydrocarbon market share is the first.

Raising finance for an entirely new industry is in Peter’s opinion, the final principal challenge to the shift to hydrogen. 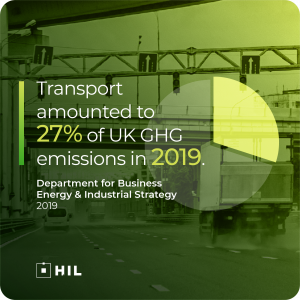 Job expressed how he thinks the main challenge is that the green LH2 generation is one thing but getting the pure hydrogen at its final destination is another thing and that: “The biggest challenge is to be really green, instead of blue, grey or black. We believe we have found a solution to support LH2 Europe in their mission.

The liquid tanker is one of a kind thanks to various design features and will have zero emissions, therefore contributing to a more sustainable maritime industry at the same time.

Scotland Will Benefit From The Project

With its abundant wind power resources, Scotland could become the hydrogen hub for northern Europe. Our project will be an important step in this direction.

Moving to hydrogen is essential when it comes to reaching our net zero goals and this project is changing the future of the maritime industry, by it showing the potential of what could be developed on a global scale going forward.